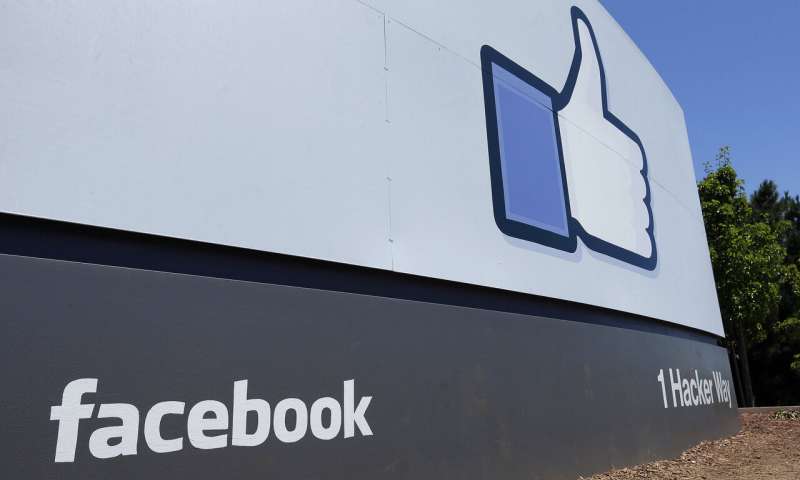 This July 16, 2013, file photo, shows a sign at Facebook headquarters in Menlo Park, Calif. Facebook says it has suspended tens of thousands of apps made by about 400 developers as part of an investigation following the Cambridge Analytica scandal. Starting in March 2018, Facebook started looking into the apps that have access to its users’ data. The probe came after revelations that data mining firm Cambridge Analytica used ill-gotten data from millions of Facebook users through an app, then used the data to try to influence U.S. elections. (AP Photo/Ben Margot, File)


The European Union’s highest court ruled Thursday that individual member countries can force Facebook to remove what they regard as unlawful material from the social network all over the world—a decision experts say could hinder free speech online and put a heavy burden on tech companies.

The European Court of Justice ruling, which cannot be appealed, is seen as a defeat for Facebook and other online platforms and widens the divide over how heavily Europe and the U.S. seek to regulate technology giants.

It would increase the onus on them to monitor what appears online.

“It really unleashes a whole new gamut of risk and worries for Facebook in the EU,” said Wedbush Securities managing director Daniel Ives.

Ruling in the case of an Austrian politician who objected to what she regarded as a libelous news story, the European court said Internet companies can be forced to take action worldwide to remove objectionable material when ordered to do so by a court in an EU country.

Facebook already removes or otherwise restricts photos and other posts in any given country if the material violates that nation’s laws, such as anti-government comments in countries where that is illegal . But the new ruling means Facebook would have to make such material inaccessible globally.

Facebook charged that the decision “undermines the longstanding principle that one country does not have the right to impose its laws on speech on another country.”

While lawmakers in the U.S. are considering tighter regulation of Facebook and other tech giants, politicians in Europe have gone much further on a variety of fronts, including passing stricter data privacy laws in 2018.

“This shows a sharpening divide between the way the EU is handling privacy and data content versus the U.S.,” Wedbush’s Ives said. “It poses broader risks for the likes of Google and other big tech companies as the ‘Brussels versus tech’ battle continues to take hold.”

Eva Glawischnig-Piesczek, former chairwoman of Austria’s Green Party, had sued Facebook in her home country to remove a news story that she considered libelous and insulting and could be viewed globally. An Austrian court ruled in her favor. The country’s top court then asked the EU to weigh in.

The same EU court ruled last month that the European Union’s “right to be forgotten” rules—which allow people to ask search engines like Google to remove outdated or embossing links about themselves, even if they are true—do not apply outside the 28-nation bloc.

Thursday’s ruling is likely to encourage internet platforms to step up their efforts to monitor user content.

The Computer & Communications Industry Association, a lobbying group that includes Amazon, Facebook and Google, said the ruling could infringe on the right to free speech.

“The ruling essentially allows one country or region to decide what Internet users around the world can say and what information they can access,” said CCIA Europe senior manager Victoria de Posson.

“What might be considered defamatory comments about someone in one country will likely be considered constitutional free speech in another. Few hosting platforms, especially startups, will have the resources to implement elaborate monitoring systems.”

David Carroll, a professor at Parsons School of Design in New York and a longtime critic of Facebook’s handling of data, said the social network could apply a content “fingerprint” for banned material in the same way it has automated the detection of pornography, child exploitation, terror groups and other things that violate its policies.

“It has plenty of money to spend on infrastructure to comply with international laws,” he said.