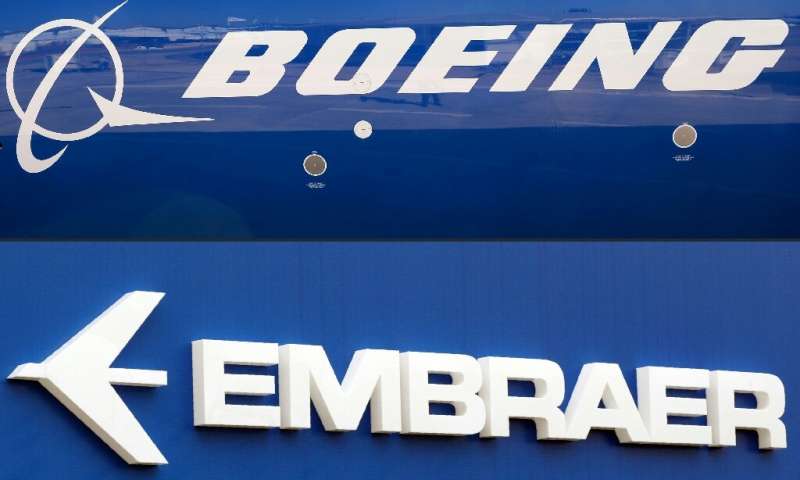 The EU is throwing a spanner in the works


The EU said Friday it had opened an “in-depth investigation” into plans by US aviation giant Boeing to form joint ventures with the world’s number three planemaker, Brazil’s Embraer, citing competition concerns.

The European Commission is “concerned that the proposed transaction may remove Embraer as the third largest global competitor in the already highly concentrated commercial aircraft industry,” it said in a statement.

Europe is preparing its response to billions of dollars’ worth of tariffs Washington is looking to slap on its goods after the WTO gave it the go-ahead to retaliate for illegal subsidies to Boeing’s rival Airbus.

Trump is especially unhappy with the EU’s competition commissioner, Margrethe Vestager, who has flexed regulatory muscle on US tech giants and who spearheaded the probe into the proposed Boeing-Embraer partnerships.

The main tie-up in the EU’s sights is Boeing’s plan to swallow most of Embraer’s commercial business, creating a $5.3-billion (4.8-billion-euro) joint venture that would allow the US company to offer planes with capacity of up to 150 seats—a market in which Boeing currently does not compete.

The other, smaller joint venture involves the marketing of a KC-390 military aircraft Embraer makes.

“With our in-depth investigation, we want to make sure that mergers in commercial aircraft do not significantly reduce effective competition on prices and product development,” Vestager said in the statement.

The European Commission noted that Embraer is the leading global manufacturer of regional jets.

It said that “potential entrants from China, Japan and Russia seem to face high barriers to entry and expansion and may be unable to replicate within the next five or even ten years the competitive constraint currently exerted by Embraer.”

The Boeing tie-up with Embraer’s commercial business, announced in July last year, was seen as a response to a similar strategic partnership announced in October 2017 between Airbus and Canada’s Bombardier.

Boeing and Embraer have frozen moves on their planned partnership while they address the European Commission’s concerns.

The statement said the Commission has until February 20 next year to decide whether the joint ventures reduced competition in the sector.

A statement issued by Boeing and Embraer noted that their join project “remains subject to regulatory approval” and had already passed an assessment by US authorities.

It said it would assist with the EU investigation, but added that the probe meant its initial plan to complete work on the joint venture at the end of this year had now been pushed back to “early 2020”.