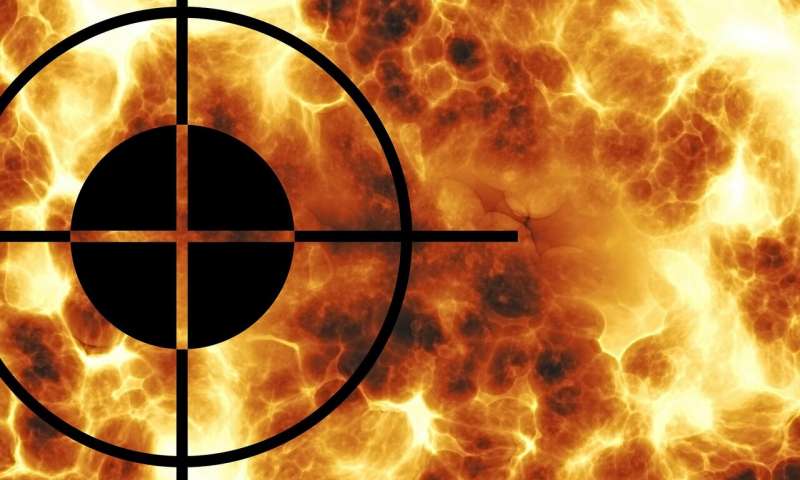 
Data scientists have developed an early-warning model that can successfully predict how lethal a terror organization will become in the future based on only its first 10 attacks.

The predictive model, developed by researchers in Northwestern University’s Kellogg School of Management, will allow security forces to better identify and target the most destructive groups to potentially stop them before they grow too powerful.

“This early warning is huge because not only can it help the government target and neutralize the groups with the most potential for destruction, it also can help the government strategically deploy resources and avoid spending billions of dollars fighting a group that is likely to burn out on its own anyway,” said Brian Uzzi, corresponding author on the study and the Richard L. Thomas Professor of Leadership and Organizational Change at Kellogg.

The study, “Quantifying the Future Lethality of Terror Organizations,” will be published the week of Oct. 7 in PNAS.

The model, which utilizes data publicly available through the Global Terror Database (GTD) and the RAND Database of Worldwide Terrorism Incidents (RDWTI), has considerable power in predicting a terror organization’s lifetime violence after just 10 terror attacks.

Researchers calibrated the model using data from terror groups operating between the years of 1970 and 2014. They noted that some of the most interesting model predictions were for groups that operated with very few attacks in the beginning, only becoming lethal much later. Among these groups were United Liberation Front of Assam, Al-Shabaab and Moro Islamic Liberation Front.

“The model can predict the future impact of some of these sleeper groups even while they are still operating in an under-the-radar way,” said study co-lead author Yang Yang, a postdoctoral fellow at Northwestern.

The U.S. government spends half a trillion dollars annually to research and combat terrorism. From 2000 to 2015, 61 new terror groups emerged each year, on average, leading to an 800% increase in global terror attacks, according to data from GTD.

“Previous models, for the most part, are useful for understanding the context in which terror activity is likely to take place, but they are too confined to the locale and not useful in predicting individual organizations’ behavior,” said Adam Pah, co-lead author of the study and clinical assistant professor of management and organizations at Kellogg.

The researchers turned to the business world for inspiration for a better model.

“Essentially we said, ‘What if we think of terror organizations like a business whose product is lethality? How do we predict their success in producing that product?’” Uzzi said.

Venture capitalists and business investors routinely use publicly reported information such as cash flows and technological skills to predict company behavior and success. Such information is not available for secretive terror organizations, so the researchers worked to develop proxies based on observable behavior.

The researchers were able to confirm these notions with factors like the diversity of weapons used, the sophistication of those weapons, and their attack capabilities, defined as the extent to which the group succeeded in carrying out the mission of the attack.

Researchers noted that Islamic State had extraordinarily strong attack capabilities near the 90th percentile of all terror groups in similar ages, even though the group demonstrated an irregular attack cadence that was indicative of unstable resources. After just 10 attacks, the model placed ISIS among the terror groups with the most potential for committing exceptionally deadly attacks.