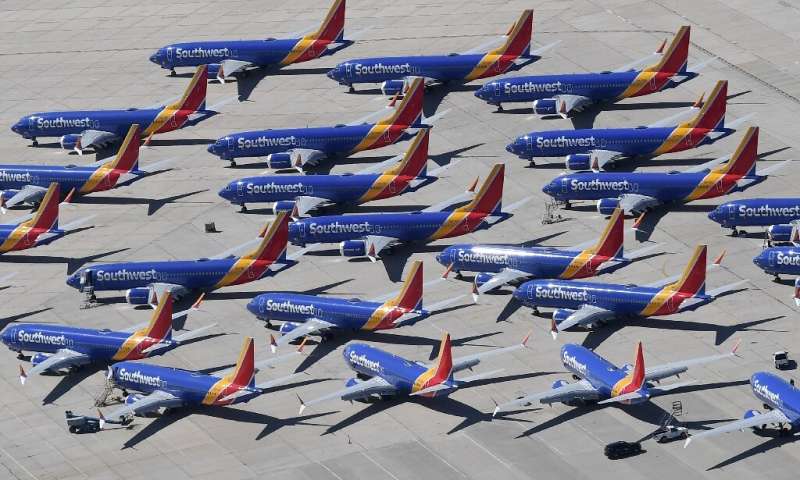 
Pilots from Texas-based Southwest Airlines said Monday they had filed a lawsuit against Boeing, accusing it of “deliberately misleading” them over the 737 MAX, which has been grounded after two deadly crashes.

Nearly 350 people died in crashes in Indonesia in October 2018 and in Ethiopia in March this year.

“We have to be able to trust Boeing to truthfully disclose the information we need to safely operate our aircraft,” captain Jonathan Weaks, president of the Southwest Airlines Pilots Association (SWAPA), said.

“In the case of the 737 MAX, that absolutely did not happen.”

The grounding of the 737 MAX since March eliminated more than 30,000 scheduled Southwest flights and caused over $100 million in lost wages for pilots, SWAPA said.

Southwest is the largest operator of the 737 MAX, and the aircraft may not return to passenger service until 2020.

The lawsuit, which was filed in Dallas, Texas, said Boeing had falsely claimed the plane was airworthy.

In both crashes, pilots had difficulty controlling the plane once the MCAS anti-stall handling system was activated, according to preliminary investigations.