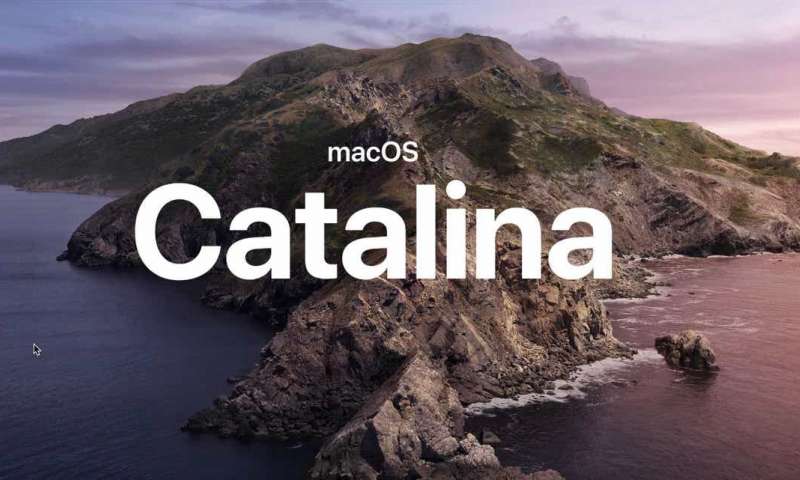 Apple updates yearly with new security and performance fixes along with a slew of features to keep you excited about the Mac platform.

This year, the free upgrade is highlighted by the end of iTunes, a new videogame subscription service that’s available only on computers via Catalina and a way to use the iPad as a second monitor.

Say goodbye to iTunes, sort of

The big news is that big, bloated piece of software known as iTunes no longer exists. It’s been broken into three stand-alone apps: Music, Podcasts and TV. On the one hand, it’s a marketing tool for Apple to sell you more subscriptions. On the other, it’s long overdue.

The iTunes we know and hated just got too big and bulky.

The “sort of,” phrase takes you to the Music app, which is primarily about trying to sell you $9.99 subscriptions to the Apple Music service. But the old standby of buying songs for $1.29 a pop still continues, via links in the app to the old iTunes Music Store, which still exists.

“Rest assured; everything you had in your iTunes library is still accessible in each app,” Apple says, but podcasts go to the podcast app and movies and TV to the TV app.

TV is the name of the app that you use to watch movies and TV shows. It’s designed to plug Apple’s $4.99 monthly TV+ service, which launches Nov. 1. Along the way, you can rent movies to watch from the app, like we used to do in iTunes and watch the new shows from Apple for TV+ (or rent or buy episodes of current and recent network and cable TV fare).

Podcasts looks identical to the app we have on iPhones and iPads to discover and play back podcasts. The media will continue to be seamlessly synced across your devices in the cloud, or you can back up, restore and sync by connecting the devices directly to your Mac.

Some of the apps we know and love from the iPhone are coming to the Mac, such as Twitter, TripIt and Post-It. The advantage is that you can start monitoring a trip on TripIt, for instance, and have all the details at your fingertips on your computer, displayed on a bigger screen, with access to a full keyboard and real-time flight alerts.

With the new feature called Sidecar, you can connect an iPad via Bluetooth to extend your monitor and a second Mac display. For instance, you can be using Photoshop on a MacBook Pro and reach for the Apple Pencil, which works only with mobile devices, to begin drawing an image on the iPad.

If you’d like to subscribe to Apple’s new Arcade $4.99 monthly videogame service and play on your computer, you’ll need to upgrade to Catalina first. The service, which is aimed at primarily iPhones and iPads, will work only on computers that have Catalina installed.

This is different from asking Siri questions or to open up the Music app. Voice Control is aimed at those who can’t use traditional input devices to operate the Mac hands free. You can dictate writing, open apps and zoom and drag with your voice. Apple touts a new tool for “users with low vision” to be able to zoom into a paragraph of text on the entire screen via voice command.

To update, click the Apple icon at the top left of the screen, About this Mac, and software update.