The ultra rare McDonalds Nintendo DS eCDP training game would be a lot more enjoyable to play on what could be the largest Nintendo DS console yet. It’s not what you think though, as this console isn’t exactly portable nor light since it uses a McDonald’s touchscreen kiosk for the bottom half.

After setting up the touchscreen kiosk, a second screen was needed, and a second device from McDonald’s was not an option. So, a smaller TV was used instead since a touchscreen is not required for the upper panel. The trickiest part of the build was getting the controls setup, as it involved a D-pad, four main buttons, two shoulder triggers, and a start / select. This meant using a 3D printer and plans for arcade buttons found online that might not look pretty, but work. Once all of that was completed, a custom computer made from old parts was built to run a Nintendo DS emulator. 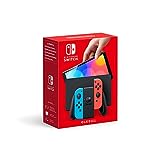