Japanese researchers at Ritsumeikan University have developed microfingers for better human-insect interactions, and it consists of flat rectangular devices that measure 12mm long, 3mm wide, and 490 micrometers thick. Five of these microfingers are incorporated into each of the devices, and within each finger is a pneumatic actuator as well as a liquid metal strain gauge.

A human user then wears sensors on their own fingers to measure speed, extent and direction of movement, which is then transmitted to the microfingers in real-time. If the user presses against an object that reciprocates the feedback, the strain gauge is used to measure the force. This device was tested on a pill bug to measure the reaction force of its legs. In other news, the Lay’s Finger Cleaner probably won’t work on these microfingers. 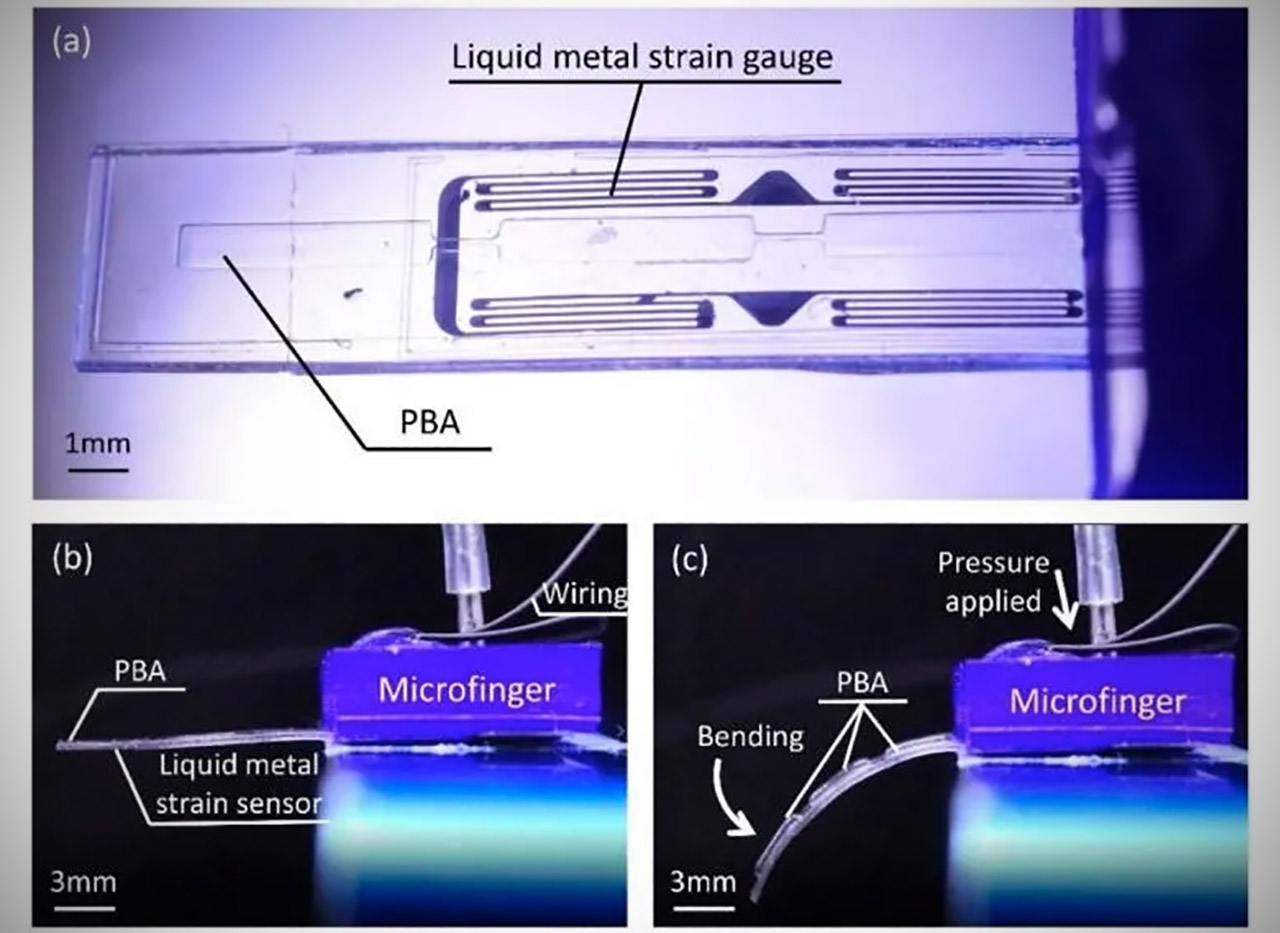 With our strain-sensing microfinger, we were able to directly measure the pushing motion and force of the legs and torso of a pill bug—something that has been impossible to achieve previously. We anticipate that our results will lead to further technological development for microfinger-insect interactions, leading to human-environment interactions at much smaller scales,” said Satoshi Konishi, Ritsumeikan University.