You’ve seen this M1-powered Mac Mini Wii, now check out Mac OS 9.2 running on an unmodified Nintendo Wii console. Programmer Pierre Dandumont knew the game console wasn’t equipped with a PowerPC processor, but it can run a Linux-based OS, which opens the door to Mac-on-Linux to skirt this restriction.

How does it work? You simply load Mac-on-Linux onto an SD card, insert it into the Wii console, and then open the Homebrew Channel. Next, BootMii starts Linux and then boots into Mac OS, although you will notice some sound glitches, most notably the absence of a startup sound. This means you’ll be able to run Internet Explorer 5, iTunes, and DOOM. 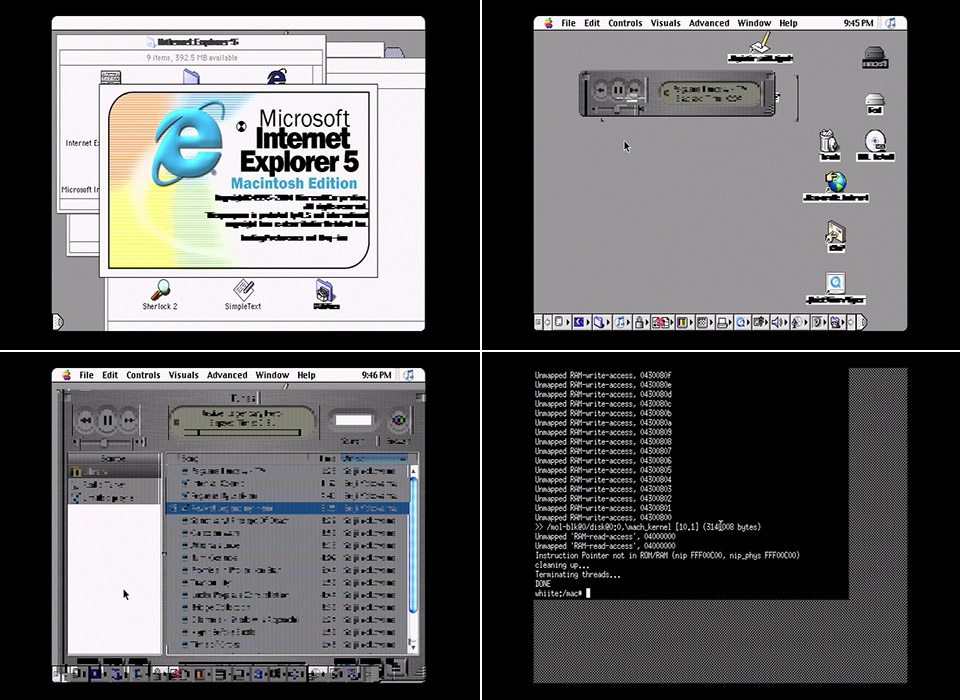 Internet Explorer 5 launches, but I haven’t tried to connect MOL to the net (Wi-Fi doesn’t work where I live), although it’s probably possible. I also installed iTunes, but it’s capricious: the application doesn’t display well, the sound crackles for a few seconds then crashes (probably a buffer thing in the settings),” said Pierre.