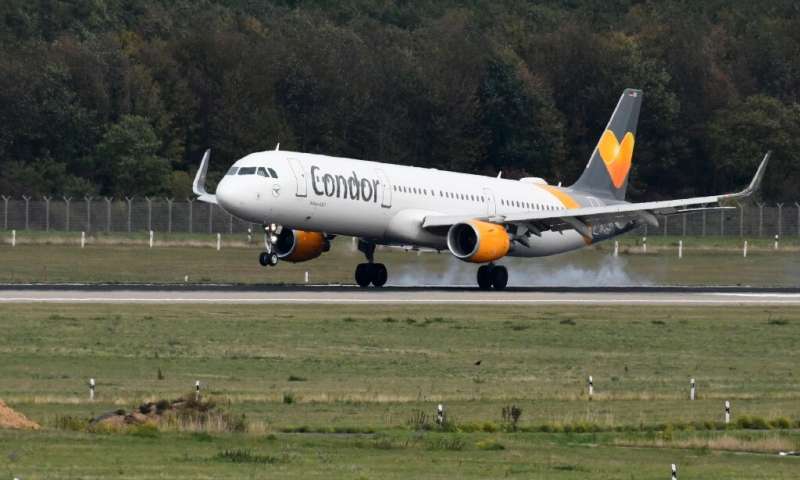 Condor Airlines, a Germany subsidiary of bankrupt British tour operator Thomas Cook, will continue to fly after receiving a state-guaranteed bridging loan with the German federal government and the Hesse state government

The holiday airline founded in 1956 operates 58 aircraft, has 4,900 staff and flies about eight million passengers a year from eight German cities to over 100 destinations in Europe, Africa and North America.

The carrier reported a day earlier that it had applied for a state-guaranteed bridging loan with the German federal government and the Hesse state government.

It then confirmed late Tuesday it had “received a guarantee from the federal government and the state government of Hesse for a six-month bridging loan of 380 million euros”.

The money could be disbursed after agreement from the European Commission, it said, adding that “it is not yet possible to say when the decision from Brussels will be known”.

“Condor is an operationally healthy and profitable company, which will also record a positive result in the current year,” chairman Ralf Teckentrup said in a statement.

“This commitment is an important step towards securing our future.”