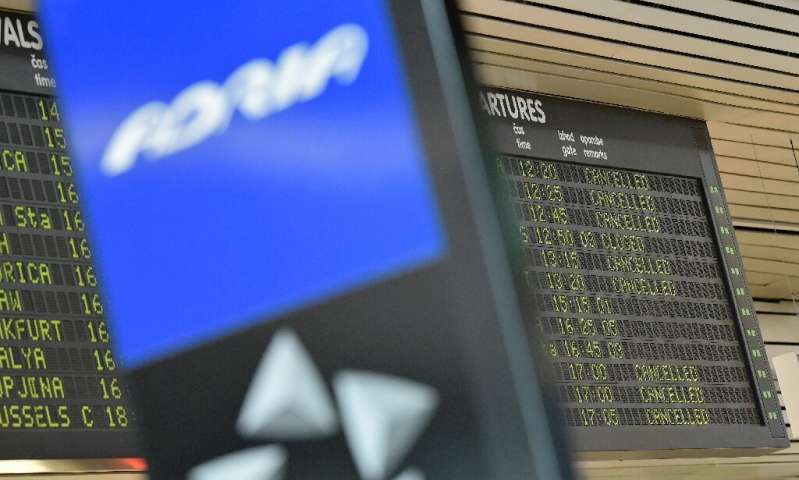 It’s because of ‘the current lack of fresh cash’

Slovenian flag carrier Adria Airways suspended all its flights on Tuesday over liquidity problems but said intensive talks were under way to resume operations.

“The decision to temporary suspend all air operations is due to the current lack of fresh cash needed to continue with the flights,” the airline said in a statement on its website late Monday.

It added the financially distressed company was “in intensive talks to find a solution with potential investors”.

Slovenian media reported that the airline had hired an aircraft to operate a flight from Frankfurt to Ljubljana on Tuesday, with a return flight on the same route still scheduled for Wednesday.

The public Radio Slovenija station reported there were some 3,100 passengers affected by the cancelled flights.

Tour operators have been scrambling to find arrangements to get travellers home from destinations in Spain, Greece and Turkey.

The Slovenian state sold the financially stricken carrier, which operates regional flights between the Western Balkans and other parts of Europe, to German investment fund 4K in 2016 after having put over 50 million euros ($55 million) into it.

But under the new owner the airline continued to lose money, and Slovenian media speculated that a bankrupcy procedure could be imminent after two of its jets had to be grounded last week over unpaid bills to a lender.

Prime Minister Marjan Sarec confirmed Adria Airways had asked the government for financial help to continue with its operations but warned it was a privately owned company and there was nothing the state could do.

“We all know that would be throwing away money,” Sarec said earlier this week.

One passenger facing a cancelled flight told the STA agency: “They did not send us any SMS message, no email, no notification at all,” adding that no help had been offered with accommodation or transport costs either.

One victim of the cancellations was Poland’s national handball team who were trying to get to Slovenia for a European Championship fixture.

Polish Prime Minister Mateusz Morawiecki tweeted that his government was “sending our government plane for them so that they can reach the semi-finals in Ljubljana easily,” adding: “We’re keeping our fingers crossed for them.”

The carrier is the latest to fall victim to difficult business conditions for airlines.

Other recent high-profile casualties have been the French XL Airways and Aigle Azur airlines as well as the Norwegian Air Shuttle carrier.

Condor, the German airline subsidiary of British travel giant Thomas Cook, has asked for help from the German government in order to keep running, despite its parent company declaring bankruptcy.