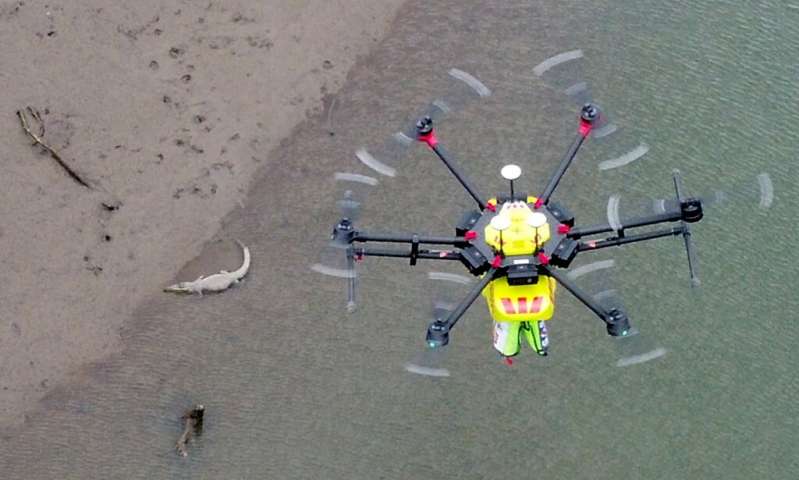 The high-tech drones known as ‘croc spotters’ were tested along riverbeds, detecting animals as they went


Australia’s rugged crocodile country could become safer thanks to world-first drones which were given a test flight Thursday.

The high-tech drones known as “croc spotters” were tested near Cairns, Queensland, patrolling along riverbeds and detecting animals as they went.

Armed with what designers say is a world-first artificial intelligence algorithm, they can identify the reptiles in creeks, rivers and beaches.

Despite the animals’ formidable reputation, attacks from freshwater and saltwater crocodiles on humans are relatively rare in Australia.

But five attacks in Queensland’s touristic north in 2017-2018, including two fatal attacks, and unusual sightings more than 40 kilometres inland had authorities concerned.

As the pilot operates the drone, the algorithm scans the video and sends an alert back to the pilot if it picks up on a threat below.

Designers say the algorithm is 93 percent accurate, while the naked eye is around 16-19 percent.