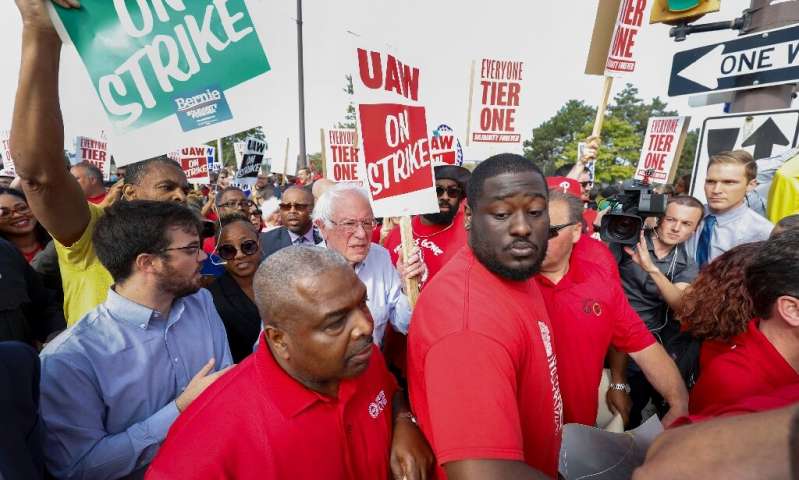 
Representatives from General Motors and the United Auto Workers are expected to negotiate through the weekend as the two sides aim to avoid a third week of striking.

Nearly 50,000 US auto workers have been on strike since September 16 as the biggest US auto company and the UAW spar over wages, health benefits, temporary workers and job security.

“We are still working,” said UAW spokesman Brian Rothenberg, adding that talks would continue into the weekend.

GM announced that it would provide health insurance benefits for striking workers. The benefits will include vision, prescription and dental coverage.

“GM is very concerned about the significant confusion caused around our employee’s health care coverage,” a GM spokesman said.

“Throughout this negotiation, GM has said that our number one focus was on the wellbeing of our employees. That remains the case today.”

The strike, the largest industrial action at the carmaker in more than a decade, affects workers from 31 plants.

Complicating the talks has been a GM move last year to effectively shutter five plants in North America, and a somewhat more subdued US car market.

Arthur Wheaton, an expert in industrial labor relations at Cornell University, said GM’s decision to cover health benefits was a positive sign, as well as reports that the two sides negotiated late into the evening on Thursday.

“They are getting closer,” Wheaton said. “I think they’re making progress.”