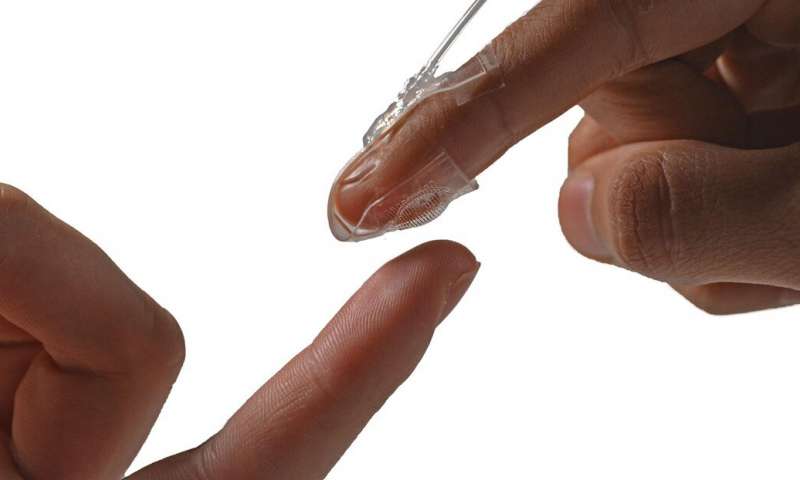 Just like our senses of hearing and vision, our sense of touch plays an important role in how we perceive and interact with the world around us. And technology capable of replicating our sense of touch—also known as haptic feedback—can greatly enhance human-computer and human-robot interfaces for applications such as medical rehabilitation and virtual reality.

Scientists at EPFL’s Reconfigurable Robotics Lab (RRL), headed by Jamie Paik, and Laboratory for Soft Bioelectronic Interfaces (LSBI), headed by Stéphanie Lacour at the School of Engineering, have teamed up to develop a soft, flexible artificial skin made of silicone and electrodes. Both labs are part of the NCCR Robotics program.

The skin’s system of soft sensors and actuators enable the artificial skin to conform to the exact shape of a wearer’s wrist, for example, and provide haptic feedback in the form of pressure and vibration. Strain sensors continuously measure the skin’s deformation so that the haptic feedback can be adjusted in real time to produce a sense of touch that’s as realistic as possible. The scientists’ work has just been published in Soft Robotics.