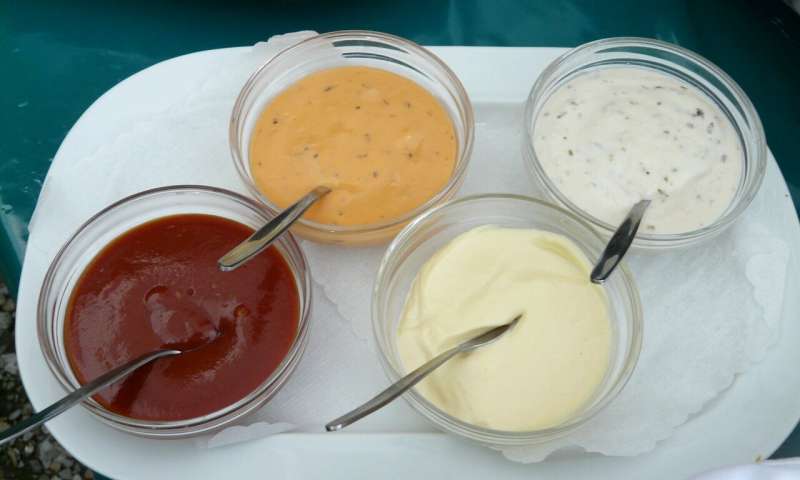 
Ilan Samish dips a crisp in ketchup, takes a sip of soda and samples a spoonful of yogurt鈥攖he latter three sweetened with a protein he has developed.

The bearded scientist left behind an academic career to form a company called Amai鈥擩apanese for sweet鈥攚hich aims to solve one of the world’s biggest health problems with hyper-sweet natural protein.

The protein is redesigned by Samish to adapt it to the high temperatures of the food industry. It is fermented with yeast to create a GMO-free protein, comprised of 20 amino acids that can be used to sweeten food and drinks as an alternative to sugary carbohydrates.

In 2016, the World Health Organization found that nearly 40 percent of the global adult population was overweight, with excess sugar consumption a key factor and potentially the cause of a plethora of other health issues.

“After an academic career, I found a technology that could help solve humanity’s biggest problem,” he said at a FoodTechIL conference in Tel Aviv.

“I decided to heal the food we make instead of the diseases caused by it, one protein at a time.”

In an adjacent hall, dozens of food start-ups displayed in stalls vied for the attention of conference participants, offering natural sugar, meat and egg supplements, as well as farming, water and food-safety innovations.

Known for its powerful high-tech sector, Israel has managed to position itself as a leading force in food-tech, with the conference’s 1,500 participants from abroad hungry for new ideas and innovations.

“The entire world is following Israel since there’s no other place with so many food-tech companies,” said Samish, whose company won Israel’s largest start-up competition, the Pitch鈥攁 first for a food-tech company over high-tech competitors.

“The next thing is not high-tech, it’s food-tech,” said Samish, who hopes to see his product in mass production and used by some of the world’s largest food producers in two years.

For Eugene Kandel, the “explosion” of agriculture and food innovation companies in Israel鈥攅stimated at 500鈥攊s a result of the country’s strong background in agronomy and data, wed with growing demand from global corporations for sustainable solutions.

Kandel argues that diminished “existential” threats against Israel have created scope for local industries to apply tech expertise built up in the security domain to the fields of agriculture, food and health.

One global player at the conference was snack giant Mondelez International, based in the United States.

That firm’s director of innovation Gil Horsky notes that Israel is currently “at the forefront of food-tech technologies.”

“For us, as a $30-billion food company that wants to deliver to consumers the right snack made the right way at the right time鈥攚e need to be in Israel,” he said.

The conference was organized by the Strauss Group, one of Israel’s largest food companies.

“Everyone understands now that change is needed” in the way the food industry produces, wraps, sells and disposes of its waste, said Ofra Strauss, chairperson of the Strauss Group.

She noted that scientific developments help in finding new proteins and fibres that can be used in products.

“We need to be more balanced, to stop thinking of ourselves as a closed food cycle,” she said.

If in the past food giants shrugged off responsibility for nutrition-related health problems, expecting someone else to deal with them, “now it’s entirely clear that it’s on us,” contended Strauss.