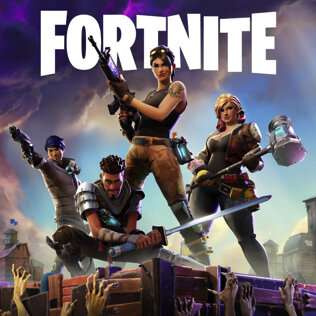 This is the cover art for Fortnite: Save the World. The cover art copyright is believed to belong to Epic Games. SourceMobyGames


In a recent move, Fortnite makers announced they are adding in computer-controlled characters in order to level the playing field amongst opponents. Up until now, the game has always paired gamers with other real gamers all over the world.

Heath Hanlin is an associate professor of computer art and animation at Syracuse University’s College of Visual and Performing Arts. He describes the move as “smart on paper” but argues the principal appeal of the game is challenging other human players.

“The decision to add bots to Fortnite by Epic Games has some pretty significant distinctions from traditional game design methodologies that pit human players against what appears to be a digital opponent.

“Traditionally, digital opponents are not in any way artificial intelligence or independent software agents, but are simply a part of the mechanics of the game: the design elements that govern gameplay. In the case of Epic adding bots to Fortnite, they are making a distinction that the bots will essentially be playing independently of game mechanics and will be subject to many of the same rules as human players.

“How this will actually impact human players is subject to debate, and predictably, online forums are full of wild predictions about how this will change the game. On paper, this is a smart move for Epic as they can add these bots without significantly changing the nature of the game, that is, where the principal appeal of the game is challenging other human players. The problem they’re trying to solve; unevenly matched players competing against each other, is significant, and the hope is that clearly the bots will help to train novice players and reduce the number of games where players are significantly unevenly matched which reduces the enjoyability of the game for novice and expert players alike.”