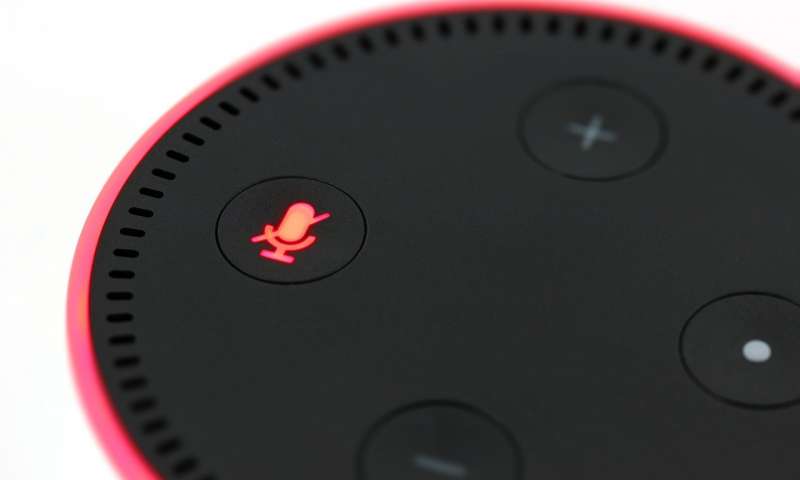 
Alexa, will you stop recording and storing my queries?

You won’t get a response from Alexa to that one, but we got the straight answer from the man who runs the devices division at Amazon. The company has no plans to stop that practice.

Sure, senior vice-president Dave Limp this week announced new privacy controls that would let users opt in to automatically delete all recorded queries either every three or 18 months, but you can’t opt-out of the recording process.

Every time you ask Alexa a question and awake it with the “Alexa” command, Amazon records the question and archives it, to help it become a better personal assistant.

If that concerns you, you need to go into the Alexa app and change your settings.

So why not just let people out of it altogether? We asked Limp that question this week while attending Amazon’s big 80-product reveal at its company headquarters in Seattle.

“We don’t keep data for data’s sake,” he said. “We’re very convicted that by keeping this data…it improves the service materially.”

Alexa launched recently in India, and Limp says Amazon’s accuracy with this language improved 33% in three months “because of our ability to use the data,” he says.

The issue of companies recording our voices and monitoring the data has been a big topic among consumers and politicians in recent months. In response, the big firms, Google, Apple and Amazon have updated their stances on recording us.

Google says it now won’t save recordings unless a user agrees, by altering the voice settings on Google. But if you do turn it off, Google lets you know that you probably won’t be able to use the Assistant either. “Google may not understand you when you say “OK, Google’ to speak to your Assistant.” Google says the Assistant will still work, but won’t be as personalized.

After being caught transcribing stored recordings of Apple consumers using Siri, Apple apologized and said it wouldn’t do it anymore. However, the company has since said it would continue recording queries but wouldn’t store them and that users could opt-in for monitoring.

Amazon’s changes are a step forward. Before you had to go in and delete everything manually or ask Alexa to do it on a piecemeal basis. Now, you can direct Alexa, within the Alexa smartphone app, to automatically delete.

Either way, the recordings will continue. “There will be a point in the future, I’m sure of…” says Limp, “we don’t have to annotate the data, that we’ll need less. And when that time comes, we will keep less. And give customers more options, I think, even than we do today.”

Meanwhile, in case you missed it, a quick recap on the major announcements from Amazon this week.

Echo Buds are Amazon’s answer to Apple’s AirPods, bringing Alexa into the ear instead of Siri, and a lower price, $129 instead of $159. The Buds become available on October 30.Echo Frames are smart glasses that have a tinny speaker and answer to Alexa. Ask all the usual queries about the time, weather and directions, and have them read back to you as you walk around. We tried both at the event, and the sound was so faint in the glasses, we’d opt for the Buds any day. Consumers don’t need to be in a rush for the frames. They’re available as “invitation only,” and could take months to go mass market.Echo Studio is the new $199 Alexa speaker with sound that rivals high end speakers from Sonos and Bose. It will be released November 7.Oscar winning actor Samuel L. Jackson will lend his voice to Alexa later this year as its first celebrity stand-in for the personal assistant. The Alexa “skill” will cost 99 cents as an introductory offer. After the introductory period, the price will be $4.99, according to the product page.Amazon also introduced a smaller, 8-inch version of the Echo Show video display (available November 21) a new $250 smart oven that answers to Alexa (November 14) and an Echo Dot (October 16) with a built-in clock.Ring, the video doorbell company owned by Amazon, unveiled its lowest price product ever, an indoor camera, for $59.99. It’s available now.