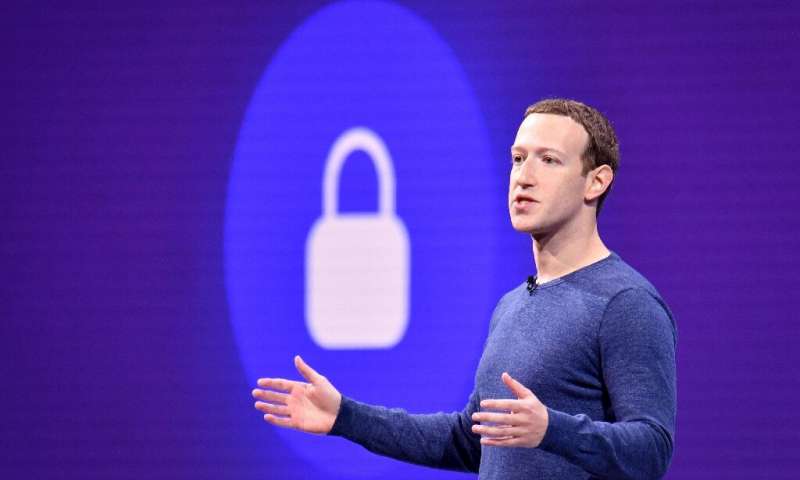 Facebook CEO Mark Zuckerberg, seen in a 2018 picture, told employees recently the company would “go to the mat” to challenge a government-ordered breakup


Facebook chief Mark Zuckerberg has pledged to “go to the mat” to fight a government attempt to break up the social media giant, according to a report Tuesday based on a leaked audio recording.

Tech news site The Verge released leaked comments from a meeting of Facebook employees in July in which Zuckerberg said he would challenge a breakup effort, repeating his argument that splitting the company would not address issues raised by critics.

“And does that still suck for us? Yeah. I mean, I don’t want to have a major lawsuit against our own government… But look, at the end of the day, if someone’s going to try to threaten something that existential, you go to the mat and you fight.”

Zuckerberg also told employees he did not plan to testify in other countries investigating the company on privacy and antitrust issues.

“It just doesn’t really make sense for me to go to hearings in every single country that wants to have me show up,” he said.

“The public things, I think, tend to be a little more dramatic,” he said.

“But a bigger part of it is private engagement with regulators around the world, and those, I think, often, are more substantive and less dramatic… That’s where a lot of the discussions and details get hashed out on things.”

Zuckerberg also said Facebook was planning a new service to take on the fast-growing social media app TikTok, controlled by a Chinese firm.

“We have a product called Lasso that’s a standalone app that we’re working on, trying to get product-market fit in countries like Mexico,” he said.

On his Facebook page, Zuckerberg said the comments came from one of the weekly sessions where employees “ask me anything and I share openly what I’m thinking on all kinds of projects and issues.”

He said that although the comments were meant to be private, anyone is welcome to view the full transcript with his “unfiltered” thoughts including on “doing the right thing over the long term.”

Warren appeared to respond to Zuckerberg’s reported remarks, tweeting, “What would really ‘suck’ is if we don’t fix a corrupt system that lets giant companies like Facebook engage in illegal anticompetitive practices, stomp on consumer privacy rights, and repeatedly fumble their responsibility to protect our democracy.”