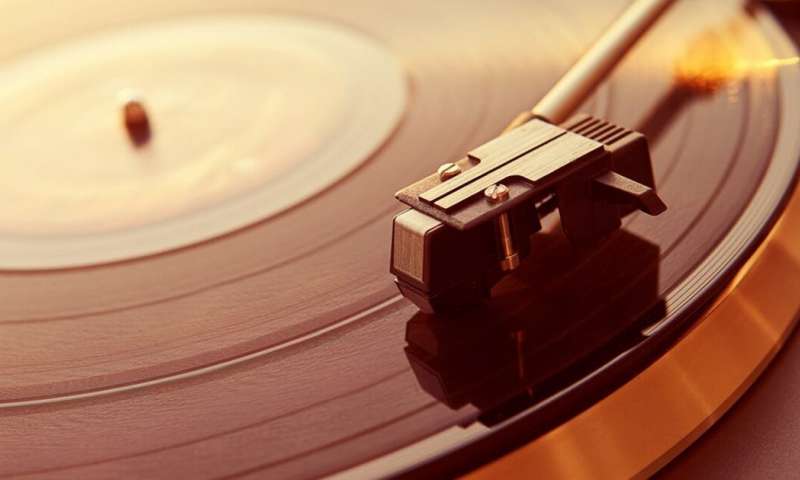 
The resurgence of vinyl records in a time of digital music and streaming is a story of how innovation can make technological comebacks possible. In the summer of 2019, the sales of vinyl albums are on the verge of becoming the largest source of revenue from physical sales in the music industry. This follows 15 years of upward trend—today, while remaining a niche product, the vinyl record may well eventually survive to be the only analogue medium for music, as the sales of CD continue their downward spiral.

Researchers in sociology and consumer culture have shown how this trend goes well beyond nostalgia—buyers of vinyl are attracted by its status as an object, its physical presence. This attraction matters even more today, as most of the time listening to a song does not involve buying a physical support anymore.

Why did consumers start to abandon vinyl and cassettes? Because compact discs are more resistant to scratches. Because they are simply more practical, easier to store, and easier to switch to the song you want to listen to. Because compact discs were sold to them as of superior sound quality: they can in theory emulate the sound of vinyl to a sampling rate indistinguishable from the original to the human ear while being able to reproduce more extreme frequencies (purists disagree).

Three decades later, digital music has replaced compact discs. In the US, the streaming industry accounts for 80% of music industry revenues. Looking back at the criteria that made the vinyl obsolete, the current streaming technology outperforms compact discs in every dimension: high sound quality and no scratches or storage problems.

The only characteristic on which the compact disc can compete is its physical presence—some people want to possess an object they can touch and display in their home. But on this dimension, it seems vinyl is doing much better than compact discs. Hence, people attracted by the object are more likely to buy a vinyl to complement their digital consumption.

This is a story of predators and prey—and is not unique to the music industry. Once the appearance of a new technology leads to the extinction of the previous one, it can be interesting to look at what existed before. Some of the characteristics of a long-extinct technology may have become relevant again now that the predator has disappeared. The key is then to identify how to emphasise these characteristics to the old format work alongside the new format.

In the photography industry, the first generation of analogue films has been almost entirely replaced by a second generation of digital cameras. A third generation, based on smartphones and social networks, was not originally designed for physical printing.

As more and more consumers now use the third-generation, abandoning digital cameras—according to data by the Camera and Imaging Product Association, shipments of digital cameras have decreased by more than 60% between 2010 and 2019—the physical dimension of analogue photography seems to have become a useful complement. As a result, photography on film has started to return as a niche product—and discontinued products such as Kodak’s Ektachrome or Fujifilm’s black and white films are being reintroduced.

Some consumers, who had abandoned products of the first generation start using them again as a complement to the third one. As in the case of vinyl recordings, the industry has well understood the demand for tangible photography, beyond simply reverting to old cameras. Polaroid is soon to release a “Lab” to print analogue pictures of images taken on smartphones. Fujifilm’s Instax, meanwhile, offers the possibility to print a format similar to Polaroid based on digital pictures.

Not every comeback is possible. Many products and technologies disappear because they have nothing useful to bring anymore. But when a new product or technology starts dominating a market, it may be a good idea to look at what existed two or three generations before. This may well prove to be part of the future—even if it’s just a small one.