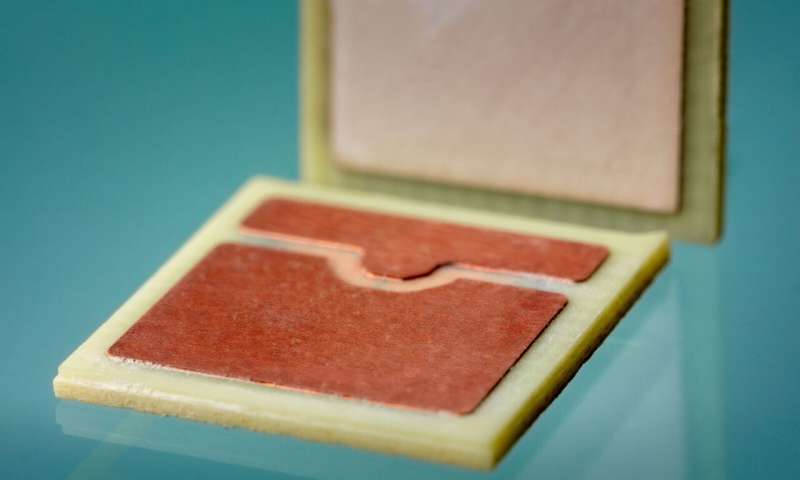 
Researchers have been looking into silicon carbide, a promising alternative material for the semiconductor industry, for several years now. The Fraunhofer Institute for Reliability and Microintegration IZM joined forces with partners in the SiC Module project to ramp up this type of power semiconductor for industrial manufacturing. Their effort goes to boost the efficiency of drivetrains in electric vehicles and extend these vehicles’ range.

Electromobility has its naysayers, with some skeptics pointing to limitations such as electric cars’ top speed and maximum range. Both depend on the built-in power electronics, the electronic heart of e-mobility. Size, weight and efficiency are three make-or-break factors for power electronics destined for installation in e-cars. Silicon carbide (SiC), a new semiconductor material, ticks all three boxes. It is more efficient yet leaves a smaller footprint than conventional semiconductors such as silicon.

Even so, silicon carbide is not to be found in any e-car on the road today. As it stands, this semiconductor material is still confined to research labs. To port it from the lab to the factory, the SiC Module project has factored all the conditions of industrial manufacturing into the equation from the outset. The module’s design is a case in point: Researchers at the Fraunhofer IZM are basing it on the structure of the classic printed circuit board that the industry has long favored. This should expedite its rollout.

The module is also benefiting from the latest scientific advances. Rather than wire-bonding the semiconductor to the package, the researchers decided to embed it directly in the circuit with a galvanic-assisted copper contact to shorten the wires and optimize power routing. The team also brought the potential customer on board for this development effort. In the project’s first year, they drew up a specification sheet pinpointing the electrical, thermal and performance requirements for the module and semiconductor. The researchers worked closely with users, catering to their wishes when they determined the product specs.

Automakers, component suppliers and OEMs were directly involved in the effort to map out the power-electronic modules’ size, layout and electrical circuits. This collective sought to make the most of the space available in the vehicles’ powertrain. Lars B枚ttcher, group leader at the Fraunhofer IZM and head of the SiC sub-project project, says, “We’re going beyond a general proof of concept because we are developing more than just a prototype in this project.” The goal is to ramp up both the new semiconductor material silicon carbide and the embedding technology for mass production.