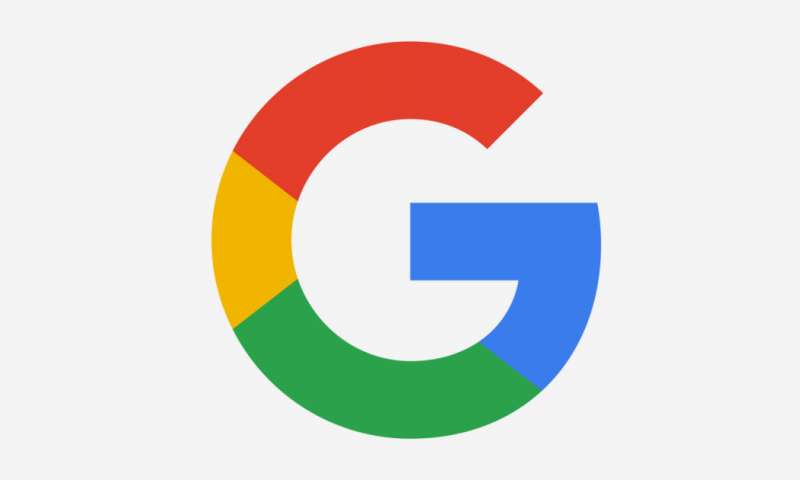 To get it, the company has funded a facial recognition project that’s targeting people of color with dubious tactics, multiple sources with direct knowledge of the project told the New York Daily News.

The company’s goal is to build a massively diverse database, ostensibly so products such as the biometric features on its upcoming Pixel 4 smartphone don’t suffer from a racial bias.

In the past, facial recognition technology has notoriously had a harder time identifying people with darker skin.

Google wants to avoid that pitfall—so much so it paid to have hired temps go out to collect face scans from a variety of people on the street using $5 gift cards as incentive.

A Google spokesperson acknowledged the goal of the data collection.

“We regularly conduct volunteer research studies. For recent studies involving the collection of face samples for machine learning training, there are two goals. First, we want to build fairness into Pixel 4’s face unlock feature. It’s critical we have a diverse sample, which is an important part of building an inclusive product,” the spokesperson said.

“And second, security. Pixel 4’s face unlock will be a powerful new security measure, and we want to make sure it protects as wide a range of people as possible. “

But several people who worked for the project spoke to the Daily News in lengthy interviews and said Google’s ravenous appetite for data led to questionable and misleading methods.

They said teams were dispatched to target homeless people in Atlanta, unsuspecting students on college campuses around the U.S. and attendees of the BET Awards festivities in Los Angeles, among other places.

The workers known as Google TVCs—an acronym to specify temps, vendors or contractors—told the Daily News they were paid through a third-party employment firm called Randstad.

They said Randstad project leaders specifically told the TVCs to go after people of color, conceal the fact that people’s faces were being recorded and even lie to maximize their data collections.

Some were told to gather the face data by characterizing the scan as a “selfie game” similar to Snapchat, they said.

One said workers were told to say things like, “Just play with the phone for a couple minutes and get a gift card,” and, “We have a new app, try it and get $5.”

The sources said they were instructed by a Randstad supervisor not to tell subjects they were being recorded.

“We were told not to tell (people) that it was video, even though it would say on the screen that a video was taken,” a source said, adding that video of each user was stored under each TVC’s profile and periodically reviewed in performance meetings.

“If the person were to look at that screen after the task had been completed, and say, ‘Oh, was it taking a video?’… we were instructed to say, ‘Oh it’s not really,’ ” the source said.

TVCs were encouraged to rush subjects through survey questions and a consent agreement and walk away if people started to get suspicious, the for-hire workers said.

“One of the days of training was basically building a vocabulary that distracts the user from the actual task at hand as much as possible,” one of the former workers told the Daily News.

“The phrase ‘mini-game’ was brought up a lot,” the former staffer who worked in Los Angeles said.

“It was a lot of basically sensory overloading the person into getting it done as quickly as possible and distracting them as much as possible so they didn’t even really have time to realize what was going on,” he said.

“Basically distract them and say anything. ‘Just go ahead and hit the next button. Don’t even worry about that.’ That kind of stuff. Really just move it along. ‘Let’s go. Hit all the next buttons,’ ” the former temp said, snapping his fingers for emphasis.

Google already has acknowledged that it sent people out to ask for voluntary scans in exchange for $5 gift cards.

ZDNet reported in July that a man was approached by someone in New York and asked to sell his face to Google for $5. The man said he was told the scan would be used to “improve the next generation of facial recognition phone unlocking.”

A Google spokesperson later told TheVerge the company was collecting data through “field research” to build its facial recognition feature “with robust security and performance.”

Speaking to the Daily News, the people who worked on the project out of Los Angeles said they were encouraged by Randstad to think of themselves as potential full-time Google hires if they hit their daily quota of 3-D face scans.

While Randstad managed the day-to-day operations, the hires said they had ID cards to get them into Google’s Venice Beach headquarters.

Google managers, meanwhile, were on regular conference calls and involved in many aspects of the data collection and review, including the mandate to go after “darker skin tones,” the sources said.

One former employee said Randstad sent a team to Atlanta “specifically” to target black people there, including homeless black people.

“They said to target homeless people because they’re the least likely to say anything to the media,” the ex-staffer said. “The homeless people didn’t know what was going on at all.”

A Google manager who was frequently on conference calls with the teams did know about the trip—although he was not in earshot when the TVCs were told to go after homeless, the former hire told the Daily News.

The manager spoke to the TVCs going to Atlanta and stressed that the company is “trying to target darker skin people,” the ex-hire said.

Another former TVC said team members in California were specifically told they could entice cash-strapped subjects by mentioning a state law that says gift cards less than $10 can be exchanged for cash.

“They even told us, ‘If they don’t like coffee or something like that, you could tell homeless people that you can trade in the gift card for $5 cash,’ ” the former team member said.

“They were very aware of all the ways you could incentivize a person and really hone in on the context of the person to make it almost irresistible.”

The former TVC said college campuses were considered “the gold mine or the unicorn” because young students typically live on tight budgets and respond to gift cards.

Wearing backpacks and looking like students themselves, the two men walked from table to table offering $5 Starbucks gift cards in exchange for 3-D face scans that several students later said they didn’t realize they were selling.

“Rotate your face in a circle … Perfect!” one of them men dressed in a blue-and-white T-shirt said to a student who spent less than two minutes with the phone before receiving her $5 gift card.

“Oh my God, they have my face,” freshman Jenile Ho, 18, told the Daily News when asked later if she knew her face was being scanned.

“I know he said Android. I didn’t hear anything about Google,” she claimed.

“They said they wanted us to test out a new phone, an Android. I put in my email. My guy told me to do it all really quick. He kept saying, ‘Hit next and upload. Next and upload.’ I thought they were students. We’re new here and trying to make friends,” she said.

“Should I change my face?” Ho asked as she laughed nervously. “I just heard Starbucks and said, ‘OK.’ “

Another student said she didn’t remember hearing anything about Google either.

“We had to follow a dot with our nose. I did the action of holding the phone up to my face. Maybe next time I’ll be more aware. I was mostly tempted by the gift card,” she said.

“They said it was a survey and we thought they were students. I don’t think I even realized there was a consent form,” she said.

Other students in the library said they recalled people walking around with a big phone handing out the $5 Starbucks gift cards in the same location at the end of the spring semester.

Deon Williams, a black student, said a guy with the phone made a beeline for his study group sometime around May.

“I looked at him when he walked up to me, like, who is this guy? He got really close,” Williams, 23, told the Daily News.

“He asked if I wanted to get a free $5 card by doing data analytics. They didn’t say it was a scan. I was just thinking about the Starbucks. I put in a fake email,” he said.

“We asked who they worked for before anyone did it. They said it was something related to Google,” he recalled.

Being “very pushy” is part of the job, the TVC still on the project last month said.

“I feel like they wanted us to prey on the weak,” the staffer said.

Part of the rushing was meant to keep subjects from reading the consent form that must be clicked for the scan to be counted, the TVC said.

An image of the agreement shared with the Daily News appeared to give Google vast leeway with the face data.

It said Google could keep the scans “as long as needed to fulfill the purposes which is expected to be about five years.”

It also gave Google the right to “aggregate the research data” in a way that makes subjects anonymous, and “there is no limit to how long or in what manner Google may retain, use or share the aggregate data.”

Perhaps most unsettling, the consent agreement gave Google the right to “retain, use or share nonpersonally identifying or aggregate data without limitation for any purpose,” and said the data could be processed “outside the country,” including places “where you may have fewer rights.”

One of the ex-TVCs called the consent form particularly “troubling.”

“This could be a companywide data set that could be used for anything,” the former staffer said.

Jacob Snow, a technology and civil liberties attorney at the ACLU of Northern California, said the project tactics revealed to the Daily News were cause for concern.

He said the new California Consumer Privacy Act, set to take effect next year, will require businesses collecting data to explicitly inform people about the purposes for which the data would be used.

In the meantime, businesses still must comply with Section 5 of the Federal Trade Commission Act, which prohibits deceptive conduct in the marketplace, he said.

“Privacy is a fundamental right, not a privilege for people who can afford it. Google should know that not being evil means not harvesting information from society’s most vulnerable. The idea that people truly consented, through a process that was apparently rushed and misleading, is pure fiction,” Snow told the Daily News.

He called it “a complicated legal question” when asked if Google could be held liable for the conduct reported to the Daily News.

“It is not impossible for the actions of a contractor to be imputed to the company contracting with that entity under the law,” he said.

A list of specific questions sent to Google about its methods went unanswered, but the company acknowledged it needs to train its facial recognition machine to work on all kinds of facial features and that it’s investigating the Daily News’ claims of dubious tactics.

Randstad acknowledged it received a Daily News email requesting comment but did not respond by deadline.